Architectural Revolution of the Pompidou Centre 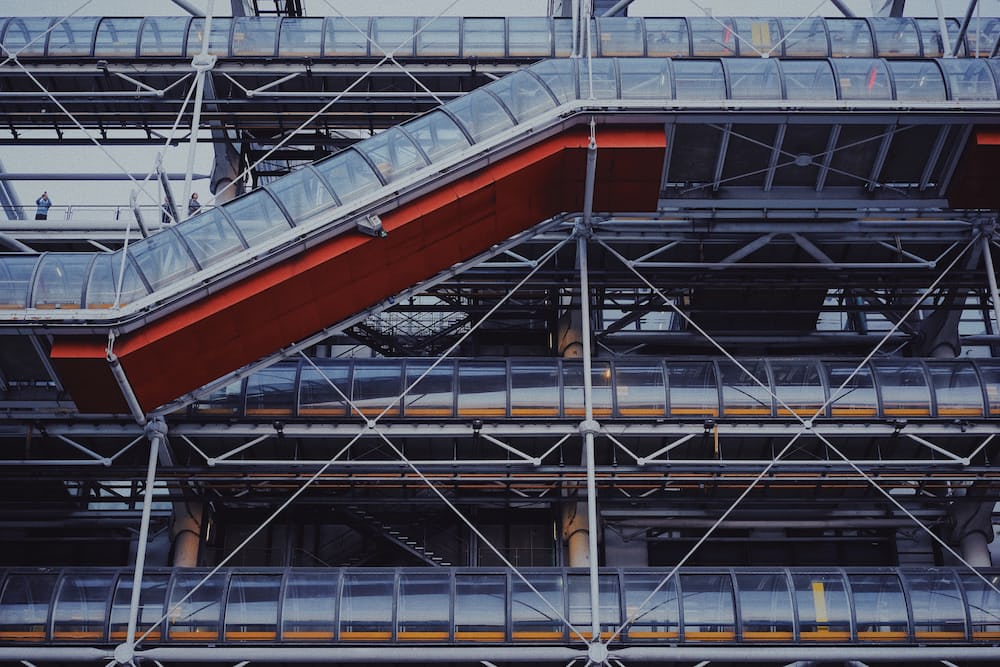 Listen to the text

Listen to the audio twice, no more. Focus on the voice and try to understand the meaning of the text.

One of the most famous museums of contemporary art in Europe is the Pompidou Centre in Paris, France. On the outside, it doesn't look like a museum at all — more like a shopping mall or a factory. Instead of ornate classical arches and columns, it has a steel superstructure and concrete floors.

The counter-intuitive look of this building was conceived by two young architects, the Italian Renzo Piano and the Brit Richard Rogers. When in 1970 Paris announced a competition to envision the building for a future grand cultural institution, they applied among 681 others without expecting to actually win. Their project was different, bold, outrageous. It was a brick-and-mortar embodiment of the generational rage. "Two years after the student protests of 1968, the idea that culture couldn't be the same was clear to us. The times were changing, so culture had to change as well. Yet I still cannot believe that our insane idea convinced the jury. It was our protest against Culture with the capital C, against high-brow arts for the elite,' says Renzo Piano.

Needless to say, not everybody liked the controversial design at first sight. Some called it barbaric. The first visitors thought that the project was unfinished and that the building was still under construction. But over time, art lovers have warmed to it and begun to appreciate its bizarre unpretentious beauty.

Nowadays, the Pompidou Centre attracts over 5 million visitors a year. It houses important works of art and provides space for many significant events and exhibitions.

Try to write sentences for keywords from the article. It will improve your vocabulary and writing skills!